Day of the Dead Poets Slam 2014 was held at C4’s The Creative Salon. All photos courtesy of McKay Bram.

Hover over the photos for a description, or click on the photos to enlarge. 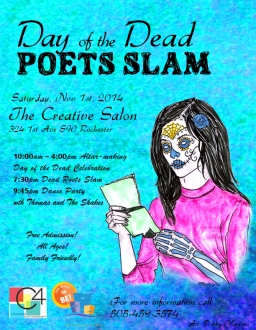 Poster from Day of the Dead Poets Slam 2014. Poster art by Bobby Marines. 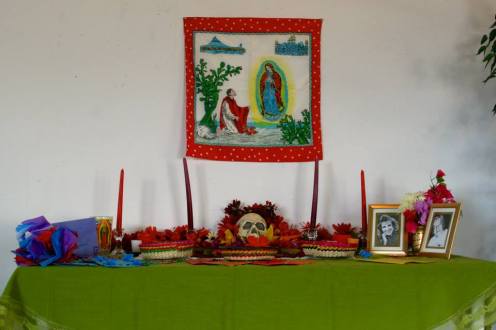 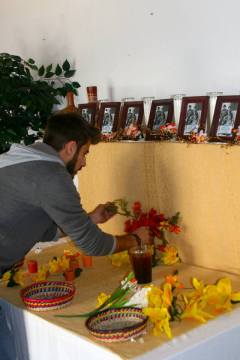 Jeff Jurewicz putting together an altar for the poets. 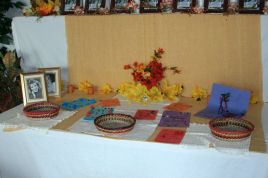 Some letters kids wrote to their deceased loved ones. 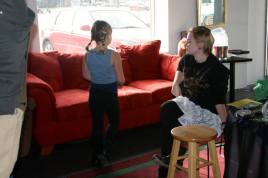 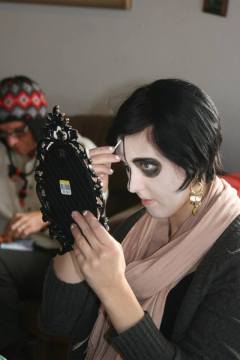 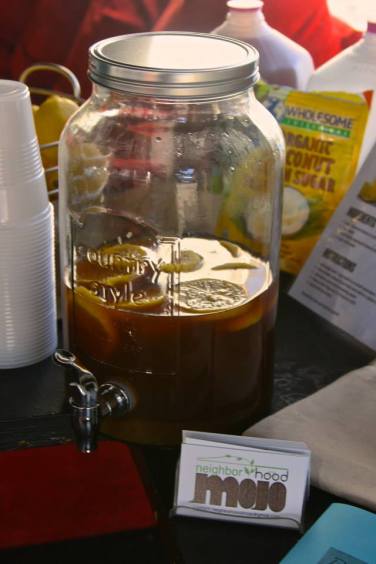 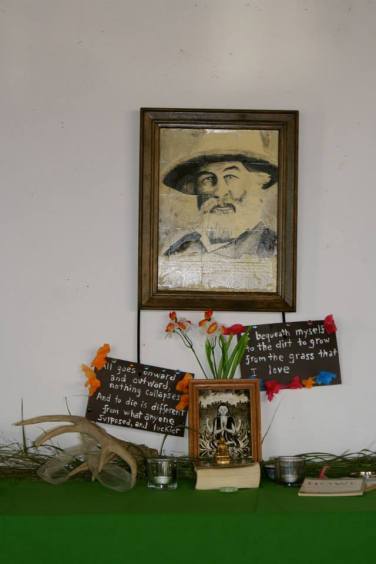 An altar dedicated to Walt Whitman, designed and created by Darin Podulke-Smith. 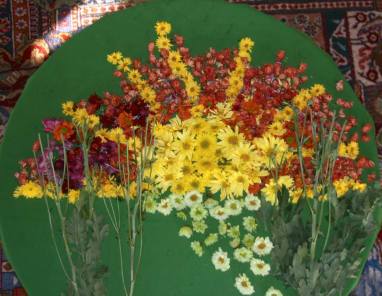 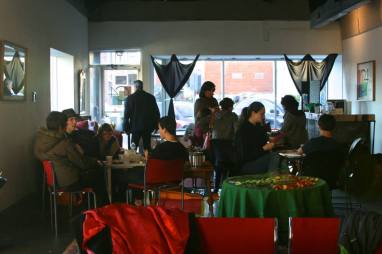 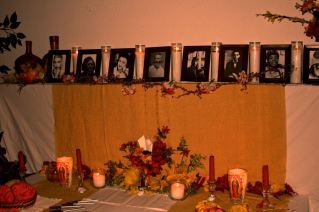 The altar dedicated to the poets. 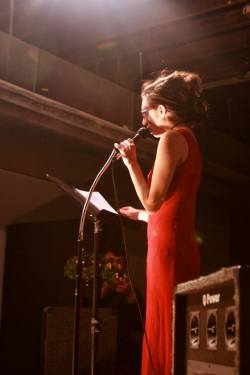 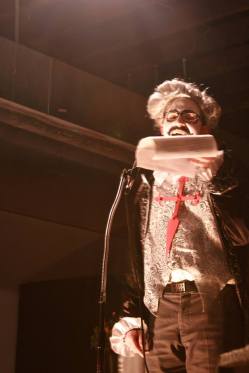 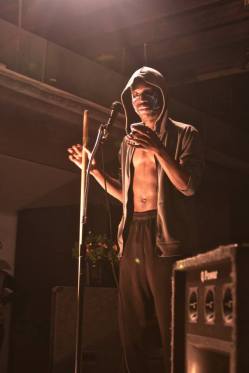 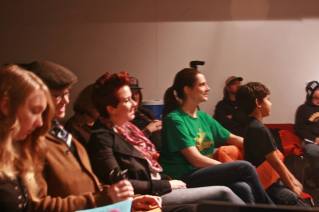 A shot of the audience, enjoying some poetry! 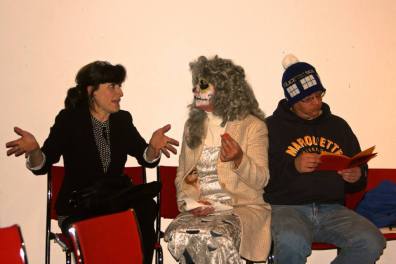 Sylvia Plath talking to audience members after the show. 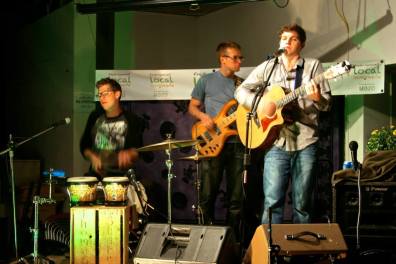 Thomas and the Shakes playing after the Poetry Slam. 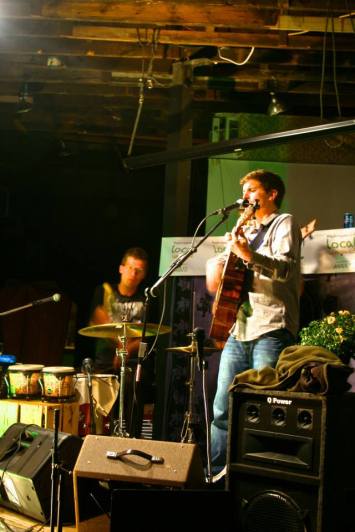 Thomas and the Shakes performing after the Poetry Slam.

Back to the History of Day of the Dead Poets Slam,

Or see Pictures from Day of the Dead Poets Slam 2015.

“To thrust all that life under your tongue!-- that, all by itself, becomes a passion. Death's a sad Bone; bruised, you'd say, . and yet she waits for me, year after year, to so delicately undo an old wound, to empty my breath from its bad prison.” . -except from “Wanting to Die” by Anne Sexton . . Welcome Parvathi Balachandran back to the slam, this year performing as Anne Sexton! Anne Sexton was an American poet, known as one of the “confessional poets”, due to the intimate and emotional content of her poems. She was good friends with Sylvia Plath, another poet famous for confessional poetry. She struggled with mental illness throughout her life, which her poetry reflected, and she did not shy away from writing about her struggles with depression, suicidal thoughts, and personal details about her private life. . . . #rochestermn #rochmn #rochester_mn #roch_mn #eventsinrochestermn #deadpoetslam19 #annesexton #poetry #deadpoetslam #poetryslam #diadelosmuertos